Intimacy demands vulnerability. I know because I am in a crash course in vulnerability that I don’t remember signing up for. It has opened me to perceiving intimacy in places I could not have imagined. Elements of nature, which I have followed more as culture prescribed with a lens of scientific structure have evolved into imaging that incorporates broader views of communication. This shift has influenced my listening, my engagement with people and things allowing me to perceive more variety in the inter-connections between and within living and inanimate objects.

The first time I recognized this shifting perception was an afternoon field painting session I spent observing a white horse seemingly in conversation with a blue heron. The tall elegant bird often came close to the horse’s feet. They would cock their heads at intervals, looking like an old couple commenting on the goings-on in the field. A woman from the farm house confirmed that the heron came once a year and spent several weeks ‘catching-up’ with the horse, as they appeared to be fast friends. I enjoy entertaining the possibility of intimacy not only between species, but across vegetable and mineral kingdoms.

This series of paintings began not with this notion but the desire to push the boundaries of non-objective painting beyond the regular paths of the mind. We tend to connect dots even when they are not present, like the archetypal figures of the constellations, as what our imagination fills in is the source of creation myths. Observing the connections in the nature have always fueled stories and fables to reflect truths in life, but the images these paintings have evoked suggests a sensate intelligence that we are invited to enter into. 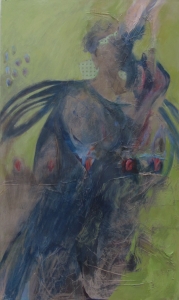 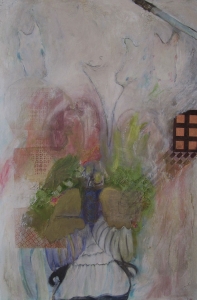 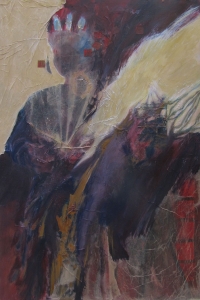 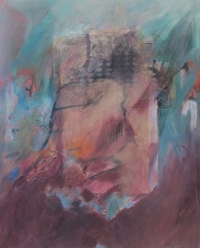 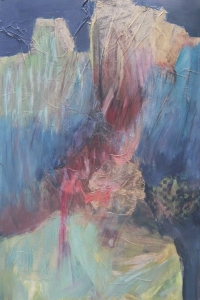 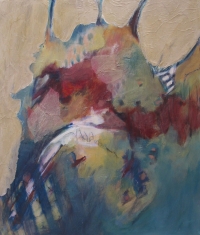 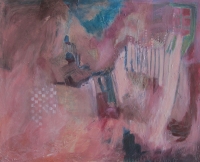 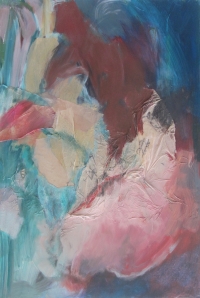